Grand Canal
2019
Edition of 20, signed and numbered
6” x 11” x 1.5” closed, 13” open
Box 6.5 x 11.5 x 2
$800
The book is printed from hand-carved linoleum blocks on Mohawk heavyweight paper, and is housed in a unique marble paper covered box with a magnet closure on the fore edge.
Venice's Grand Canal is depicted in this tunnel book, highlighting the chaotic mix of local fauna, gondolas, traghettos and bridges vying for space on the waterway, with the ominous visage of a cruise ship lurking on the horizon.
The cover panel is an eye shape that you look through into the Grand canal scene.
The first panel shows an egret waiting for a fish with a background of a building facade laced with quatrefoils.
The second panel has a winged cherub and a traghetto (ferry) making its regular crossing of the Grand Canal. The figures in the gondola depict how Venetians remain standing for the short crossing.
The third panel features the famed Rialto bridge with a rower and a small boat.
The fourth panel shows the characteristic vase-shaped chimneys of Venice.
The fifth panel is looking down the Grand Canal with an enormous cruise ship ominously looming over the scene.
The sixth panel is the back side of the tunnel book - The Lion's Mouth, or bocce dei Leone - depicting letter boxes found that were placed in prominent locations, where citizens could slip a note betraying the names of enemies of the Republic.
The side panels show rowers in racing gondolas training for the Regatta Storica. 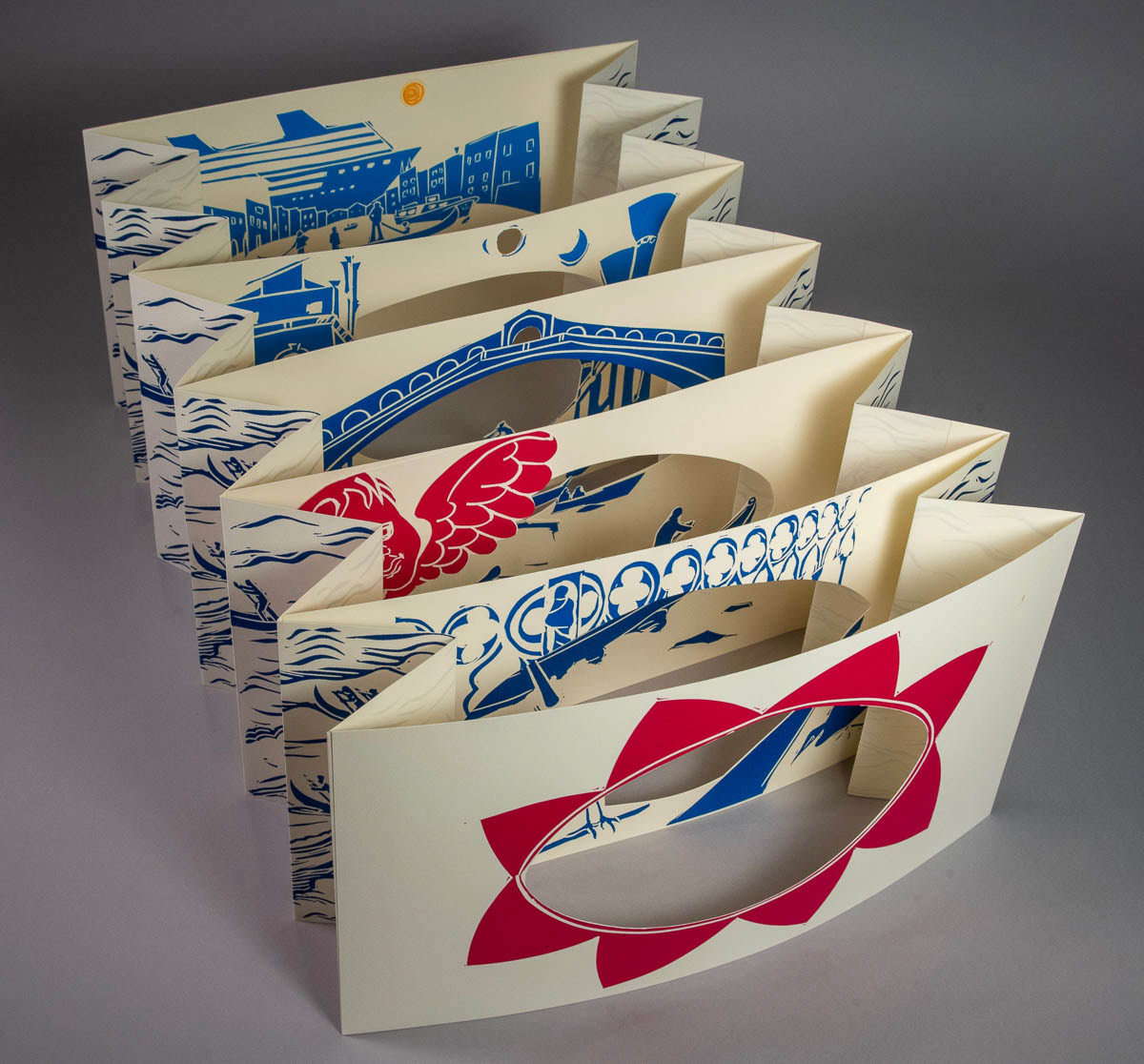 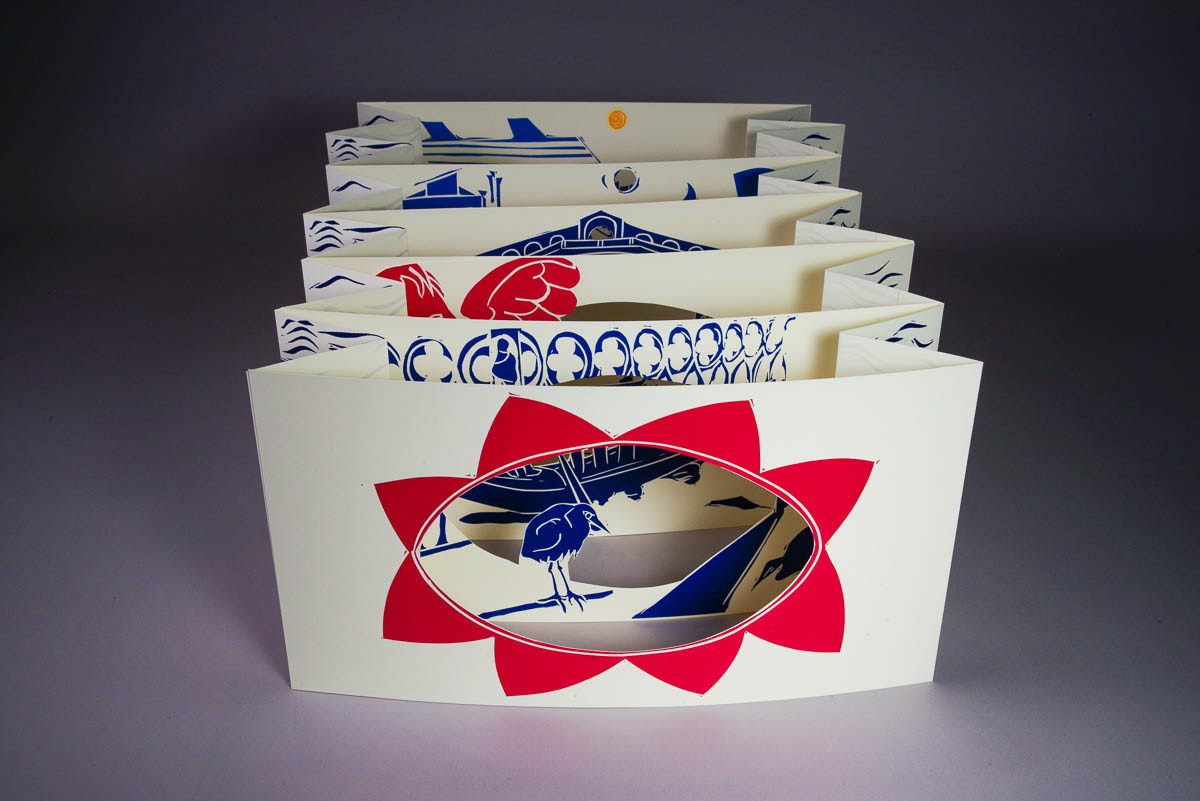 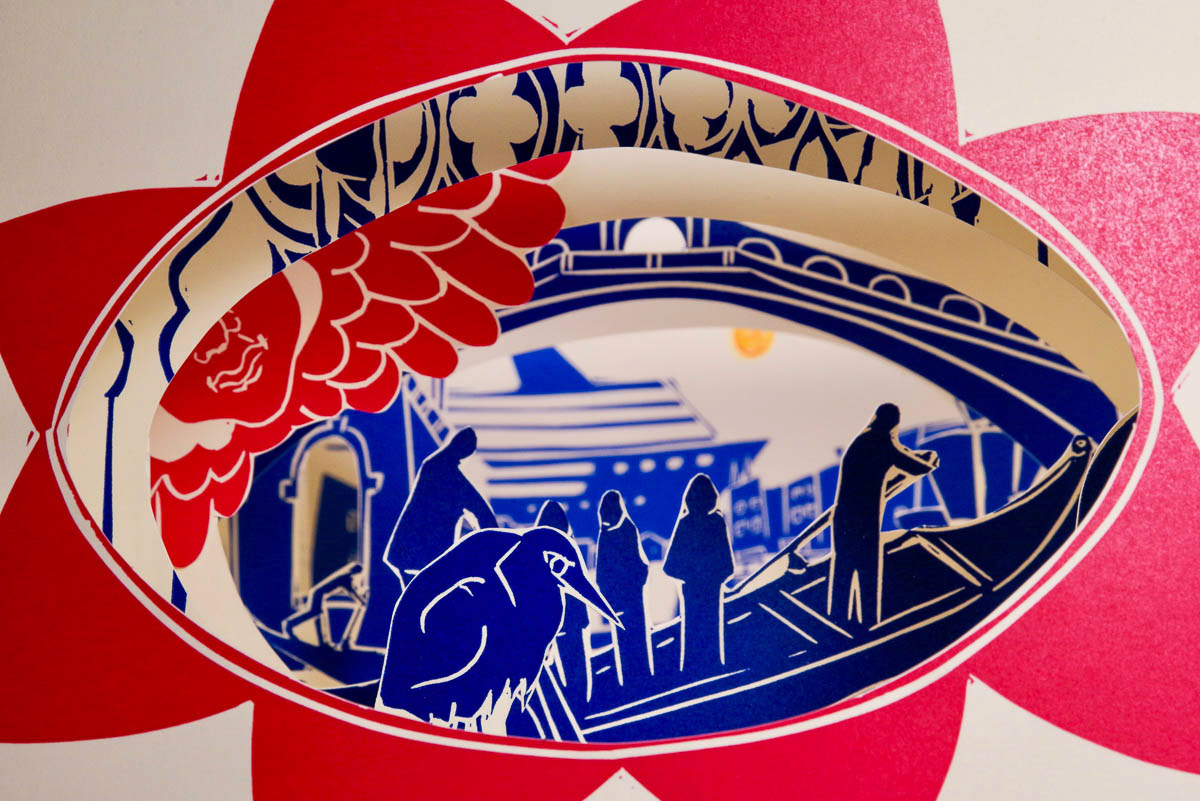 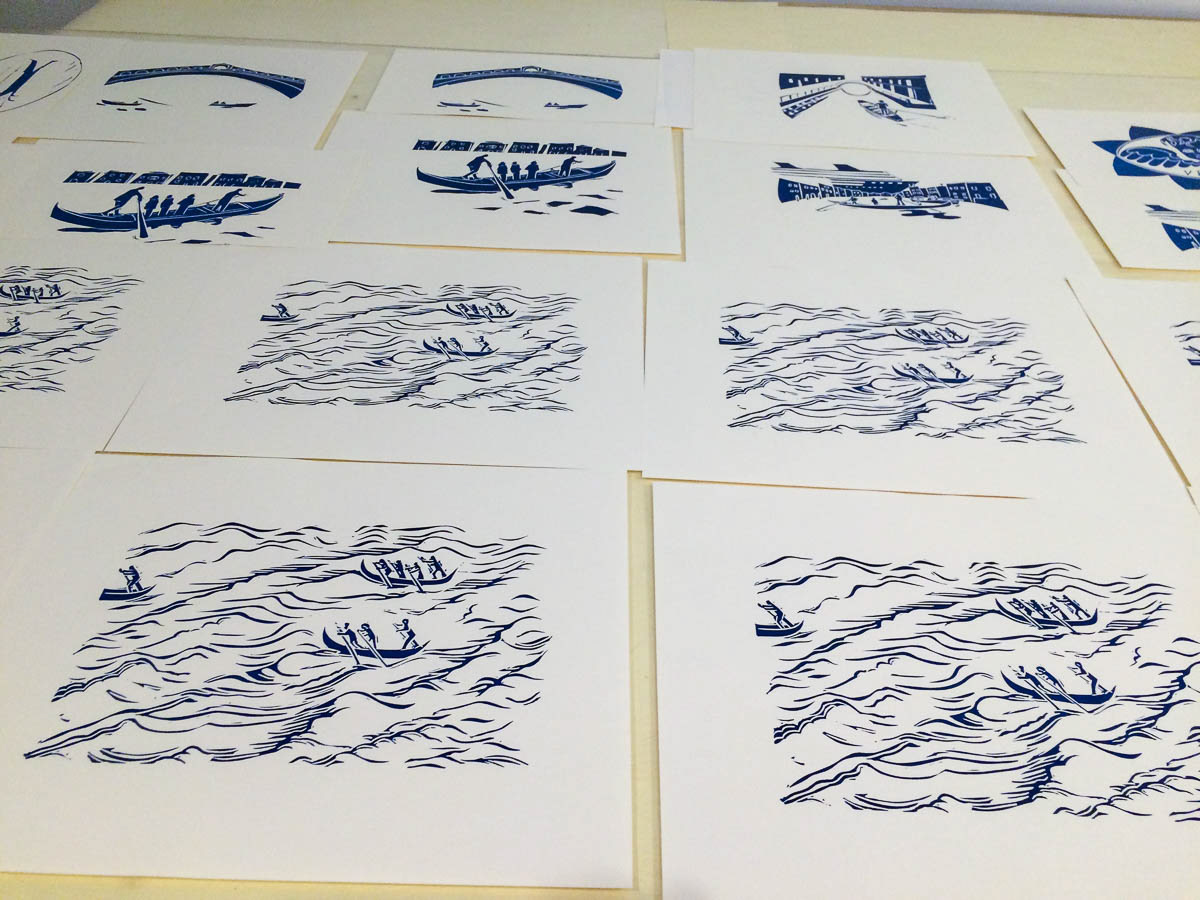 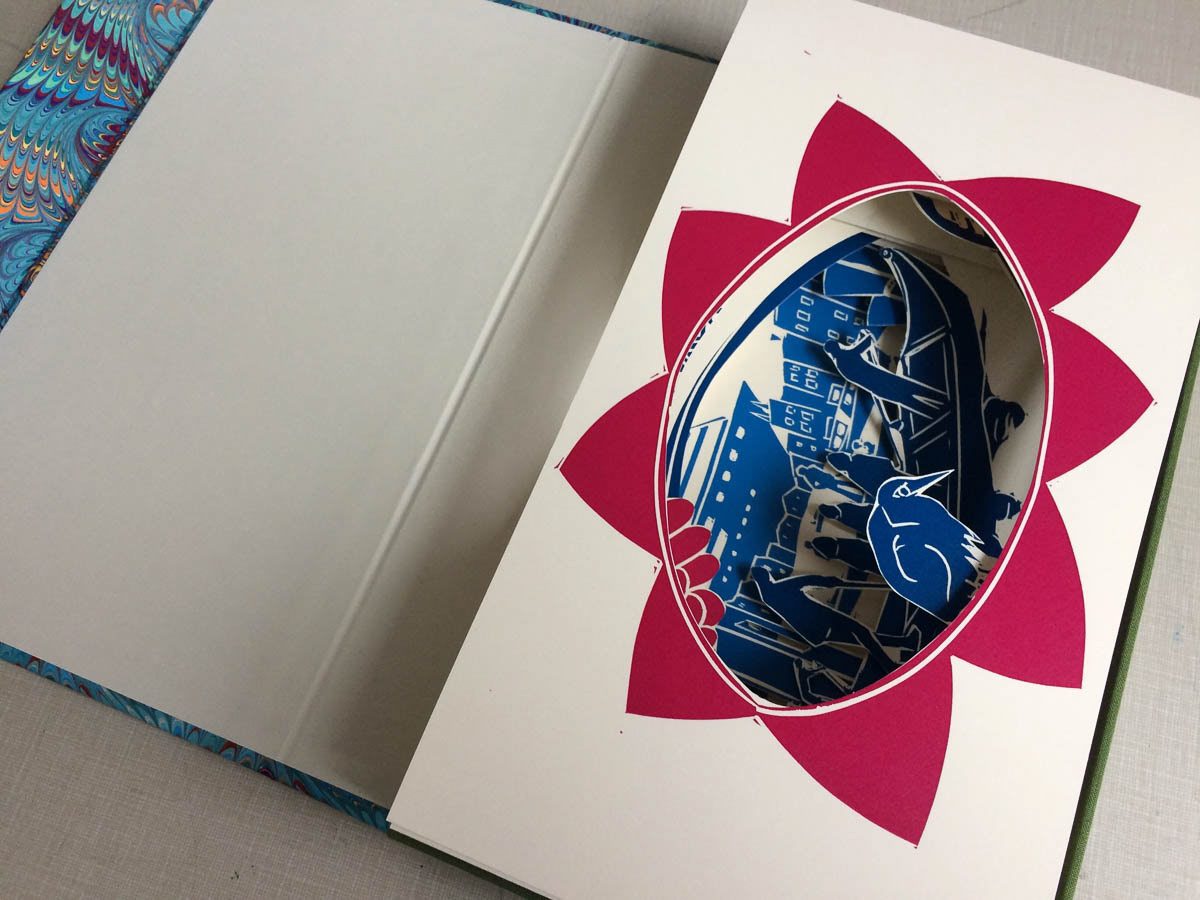 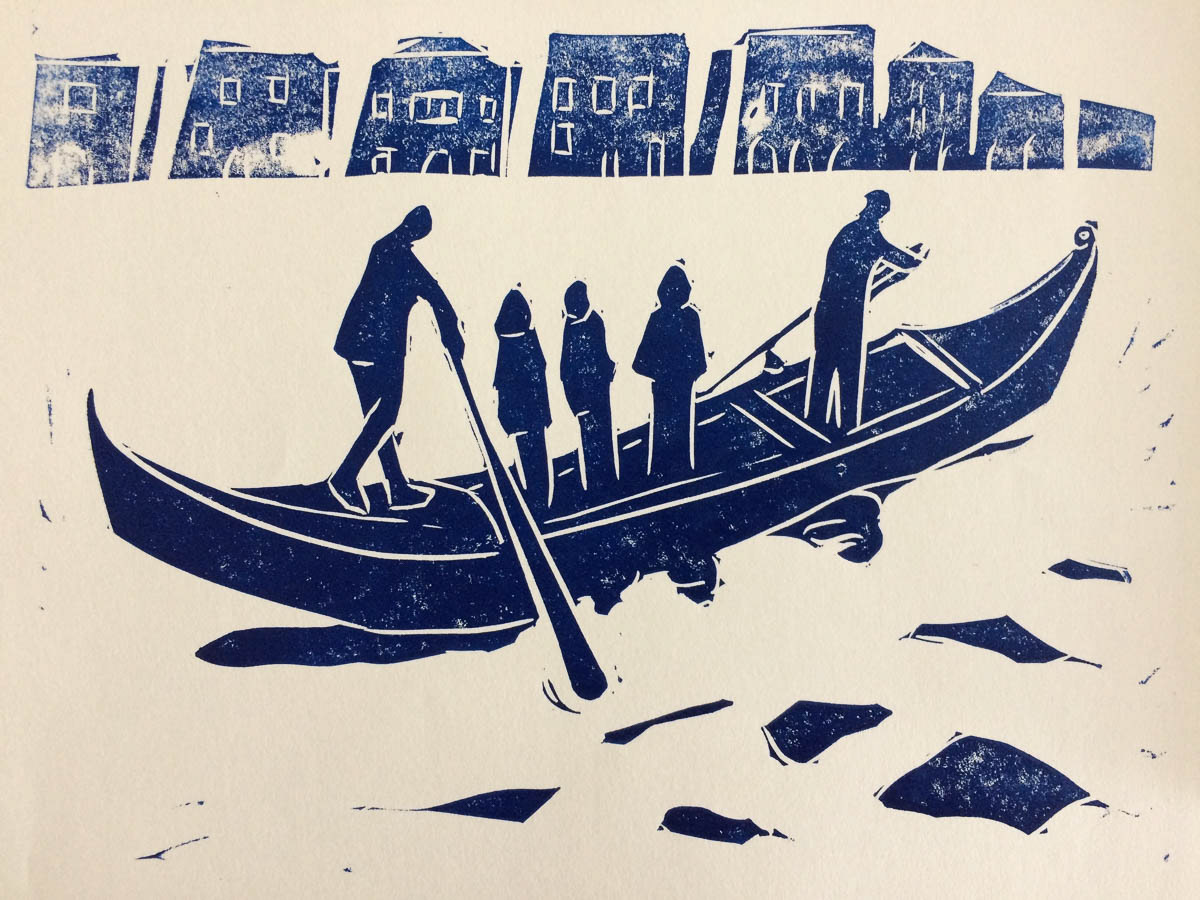 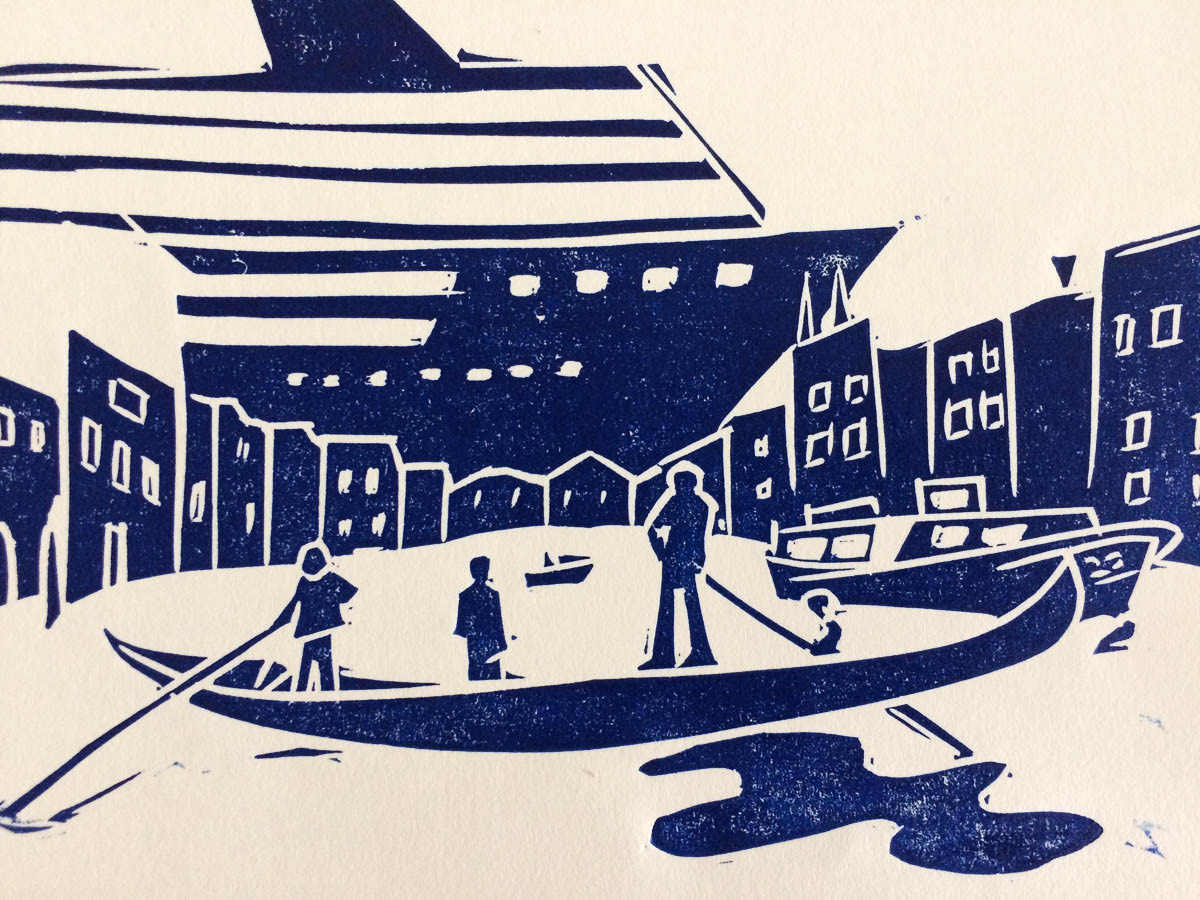 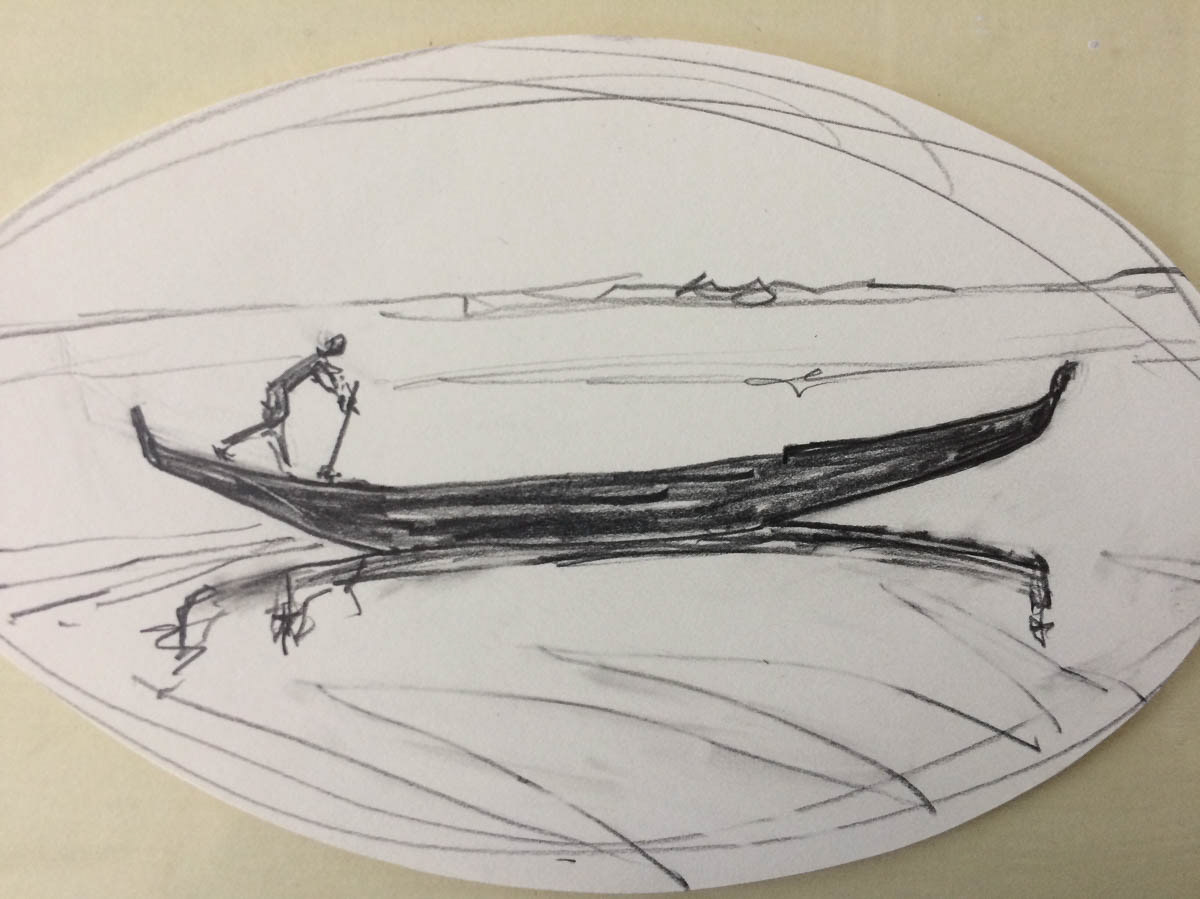 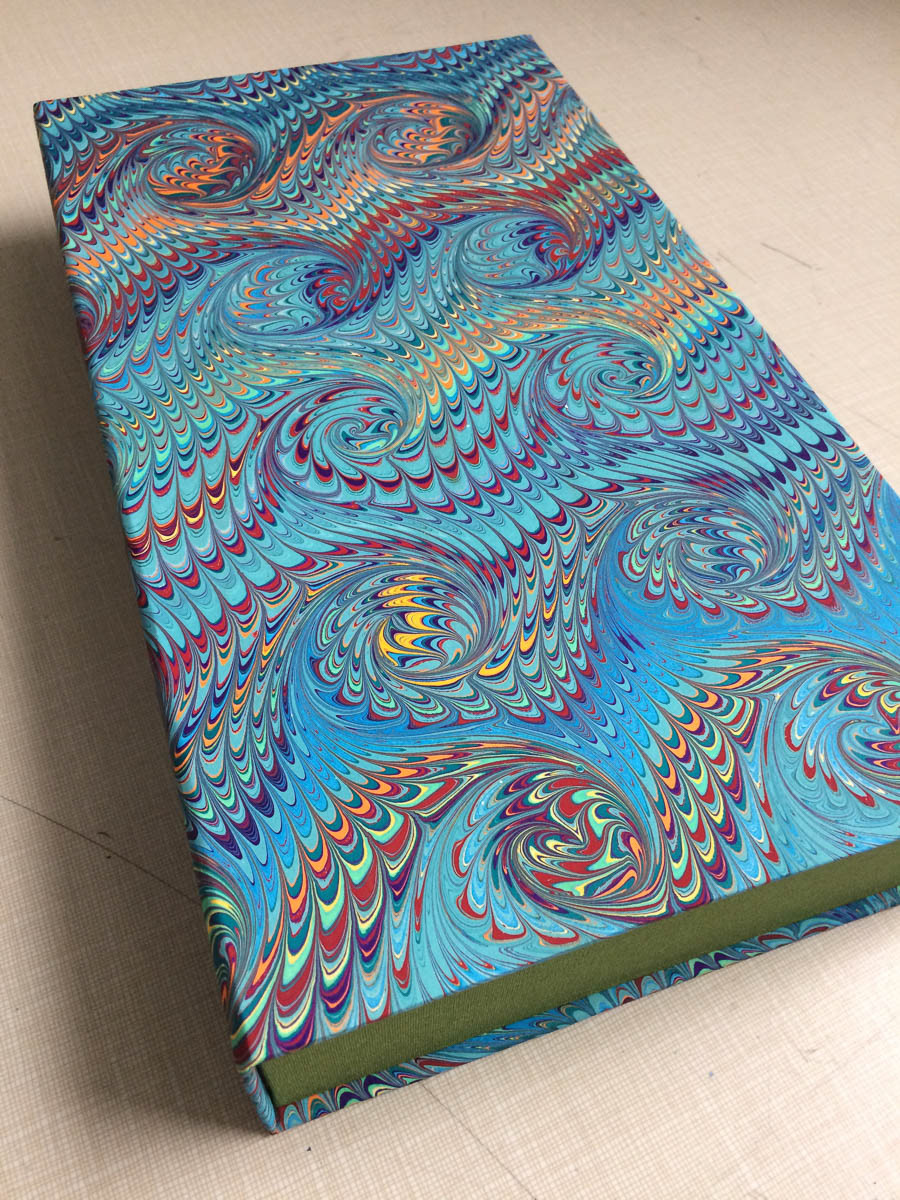 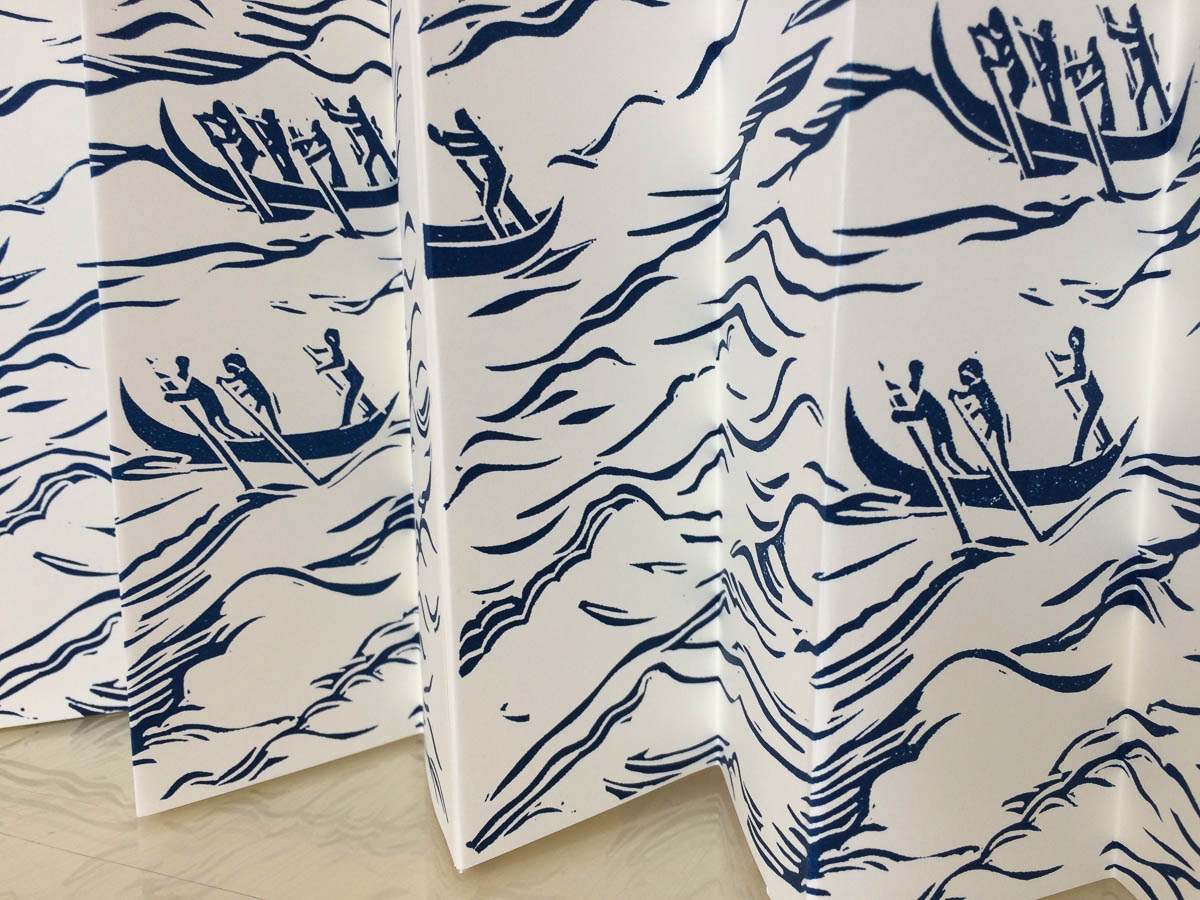 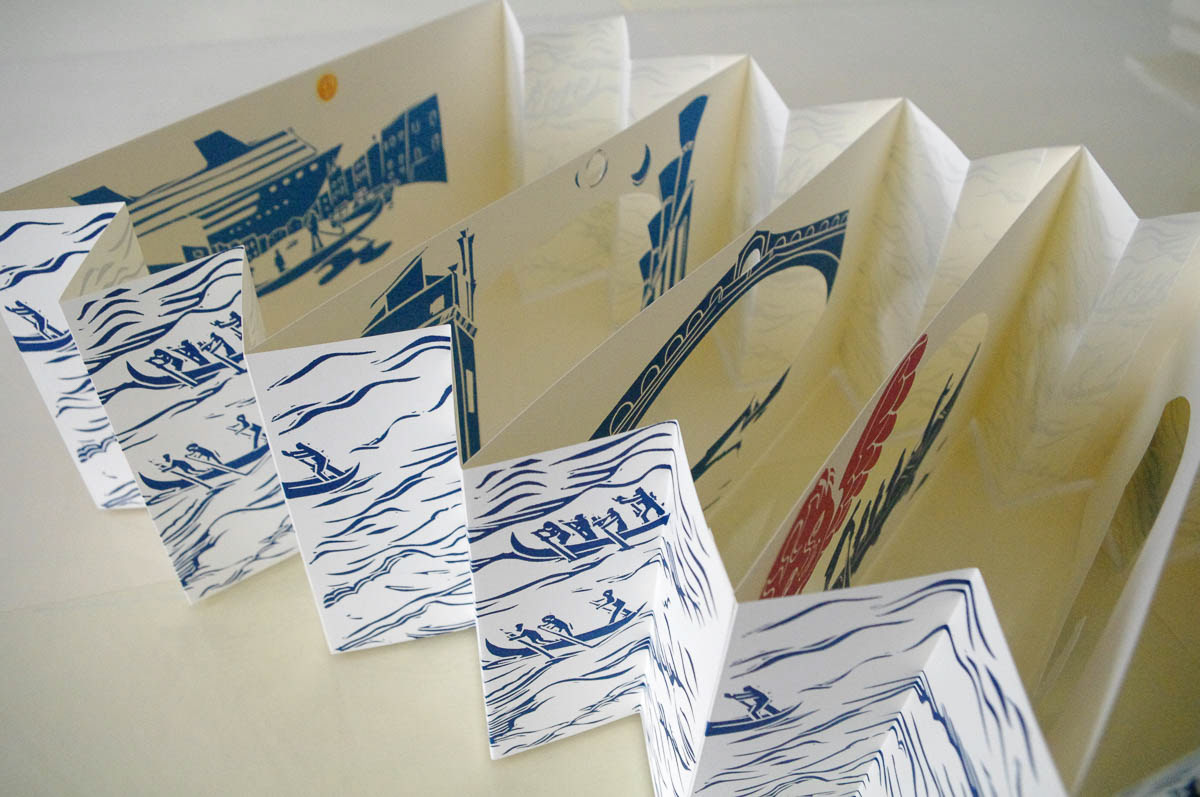